Argon 18’s new Subito eRoad and eGravel bikes feature eye-catching artwork that has made them stand out from the pack. We get down to the details with Alex Saint-Jalm, Art Director at Argon 18.

The Subito lineup will hit stores in Summer 2020 in Europe and North America. You can find your local dealer by clicking here.

To keep up to date on the Subito and all things Argon 18, you can subscribe to our newsletter by entering your email below:

Tell us about the initial artwork ideas for the Subito.

We realised that we had the opportunity to develop a design vocabulary that was really unique to eBikes, and was able to say something about the nature of these bikes. For example, we used colour blends on both Subito models that allude to clean energy without falling into cliché. We’d also noticed that a lot of eBikes use the same graphic language as ‘muscle/racing’ bikes, as if they were trying to somehow camouflage the fact that there was a motor on board. Like many makers of performance eBikes, we are entering a new technological era and thought our artwork should highlight this, rather than disguise it.

The eBike experience is something really unique - so we tried to match that unique feel with a unique look.

So the design process was very different because of the fact that the Subito is an eBike?

Whether it's an electric bike or not, we always have to optimize the functional and aesthetic aspects of the bike. On the Subito, we were able to really highlight the clean, performance-driven lines of the frame. The transverse lines on the downtube help to refine the silhouette of the bike. As with many of our upcoming models, we wanted the bikes to be more detailed and multi-faceted. Just because certain surfaces on the bike are usually hidden doesn't mean they should be ignored – consider under the downtube, for example, or on the inside of the chainstays. We have also developed a holistic approach where every detail is rethought, such as the bartape, which has a reflective area designed for added rider safety and which also showcases Argon 18 graphics.

For the Subito eGravel, we also had an objective to create a new aesthetic that was as much "gravel" as "eBike". The tree graphics are very detailed, and wrap the tube shapes, adjusting to the nuance engineered into the frame design. It was a challenge to produce this effect, but for us it's a commitment in saying that the electric bike deserves a high level of sophistication.

It looks like the paint itself has some unique characteristics.

Yes, the main objective with the paint choice is that the rider should always feel like they are discovering something new…. so the metallic paint has a way of changing tone depending on light, angle, and area of the frame. Just like your favourite ride always brings you a new surprise regardless of how many times you’ve been down the same road, we wanted to give the feeling of something that stays elusive and surprising. Just like you keep rediscovering that perfect ride, you can keep rediscovering new details on your bike.

The eRoad bike features a progressive blue to black gradient, with a pearl effect as the blue mixes with black, depending on the angle of the light - it's that elusive feeling again. The artwork is also inspired by Joy Division’s Unknown Pleasures cover art, as some fans can probably guess. The eGravel version uses the same blue as the road version, but the frame is mostly silver and pearl. Depending on the angle of the light, this again enhances the tube shapes and the overall aesthetic of the Subito. 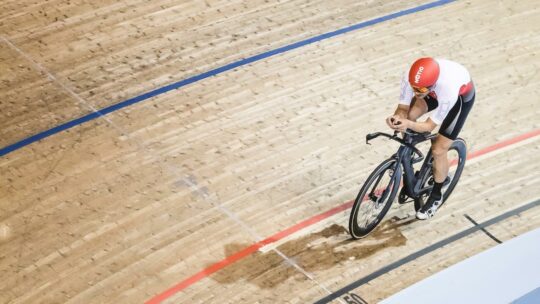 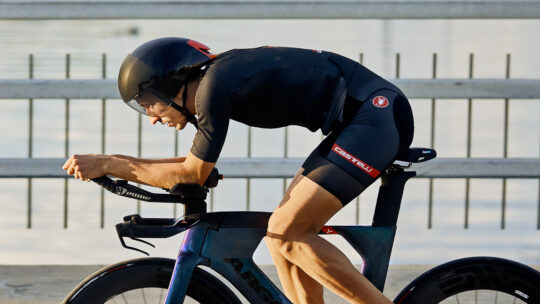