Don’t Know your Keirin from your Madison? Here’s a Quick Guide to International Track Cycling

Track racing is generally divided into sprint and pursuit (or endurance) events.

This is the race you picture first when you think of the track: the classic cat-and-mouse game where riders often come to a complete standstill to jockey for position with their opponent. While it’s a simple first-across-the-line race, the winning rider has to have the best legs - and the best tactics. Only the final 200 meters are timed… and are usually flat-out.

Both a race against the clock and against another team, the Team Sprint features two teams usually made up of three riders. The riders take a turn at the front, pulling out of the race after leading for one lap. The third rider complete the race solo after his two teammates have done their turns and pulled up and out.

The Keirin is a mass start sprint event of 6 or 8 laps. During the first 3 ½ to 5 ½ laps the riders are led by a “pacer” or motorcycle, which the riders must stay behind. The speed starts generally around 20 km/h and gradually accelerates before the pacer pulls off the track, and the riders sprint to the finish.

The Madison pits two-rider teams against each other in one of the track’s most unique formats: the riders switch off during the race by essentially exchanging places. While one rider is the ‘active’ racer, the other slowly circles the track above the blue line. When they meet, the active racer passes their momentum to the other rider via a push or “hand sling” before moving up to the blue line themselves. Races may be determined by a specified number of laps, or by time.

The Team Pursuit features teams usually of four riders in a paceline, with each rider taking their turn on the front. To switch off, the lead rider moves up the embankment, allowing the other three riders to pass underneath, and then drops down to the back of the line. The lead rider sets the pace while the other cyclists recover within the draft. The winner is determined by time, with the team’s time recorded when the third member crosses the finish line.

Traditionally run as a six-event competition, the Omnium at the Tokyo Olympics will feature a relatively new four-event format: the scratch race, elimination race, tempo race and points race.

Athletes receive points based on finishing position in the first three races (scratch race, tempo race, and elimination race) with the points race as the final event. In the scratch race, tempo race and elimination race, the winner of each event gets 40 points, with the second rider getting 38, third 36, etc. The omnium winner is the rider with the most points after all four events. 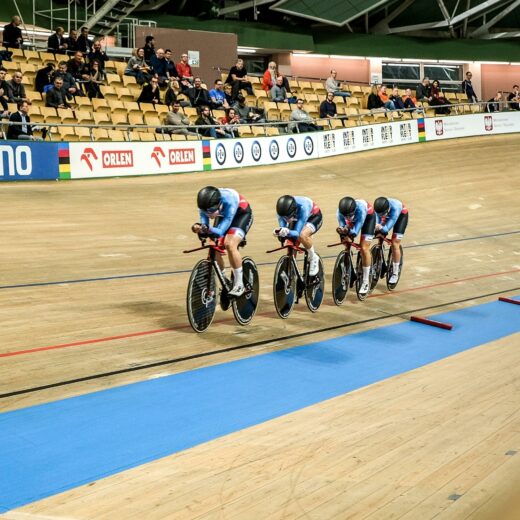 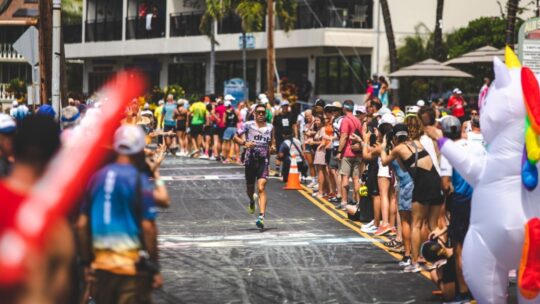 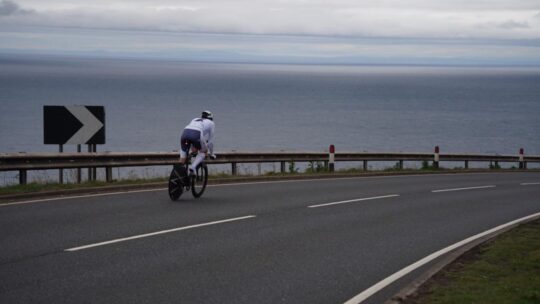